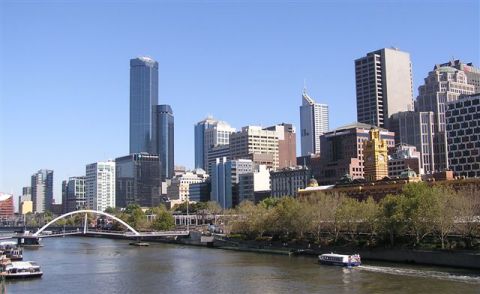 Looking Across the Yarra towards Melbourne

Melbourne’s climate is temperate with warm to hot summers and cool winters. During January and February, on average, the maximum temperature exceeds 30 degrees Celsius (86F) on one day in four and exceeds 35 degrees Celsius (95F), one day in seven. The average maximum temperature for July is 13.5C (56F) and the average annual rainfall is 661mms (26 inches).

Melbourne is Australia’s second largest city, situated on the Eastern seaboard of Australia in the State of Victoria.

With a population of over 4 million, Melbourne has become a cosmopolitan metropolis.